Notations On Our World: On Google, Amazon & Microsoft...& Yes: Apple

It has been a very interesting 24 hours yet again for companies who are at the forefront of creating the "Vision of the Possible".

Amazon came out with earnings and the market liked what it saw despite a loss as noted by the Wall Street Journal:


Amazon Swings to Loss Despite Jump in Sales
http://www.wsj.com/articles/amazon-swings-to-loss-despite-jump-in-sales-1429819649

It is amazing how the market continues to have a sense of confidence in Amazon despite losses that continues to mount.   The services they continue to role out, though, is fascinating to say the least.

Microsoft--who just celebrated 40 years--has topped expectations and is being transformed by its' new CEO as noted in this report from the Wall Street Journal:

One example of it is the new Tablet that is packing more "punch" at a lower price point.    Apple is also absolutely as busy as ever as it formally "rolls out" Apple Watch.  As we went to press, we were assessing reports from selected stores around the World where the Watch was to be sold and people had lined up to be among the first to actually get it.

Google also announced as it also came out with its' long-awaited "mobile plan".   The Core Business, though, is slowing down as noted by the folks Bi Intelligence that we received earlier today: 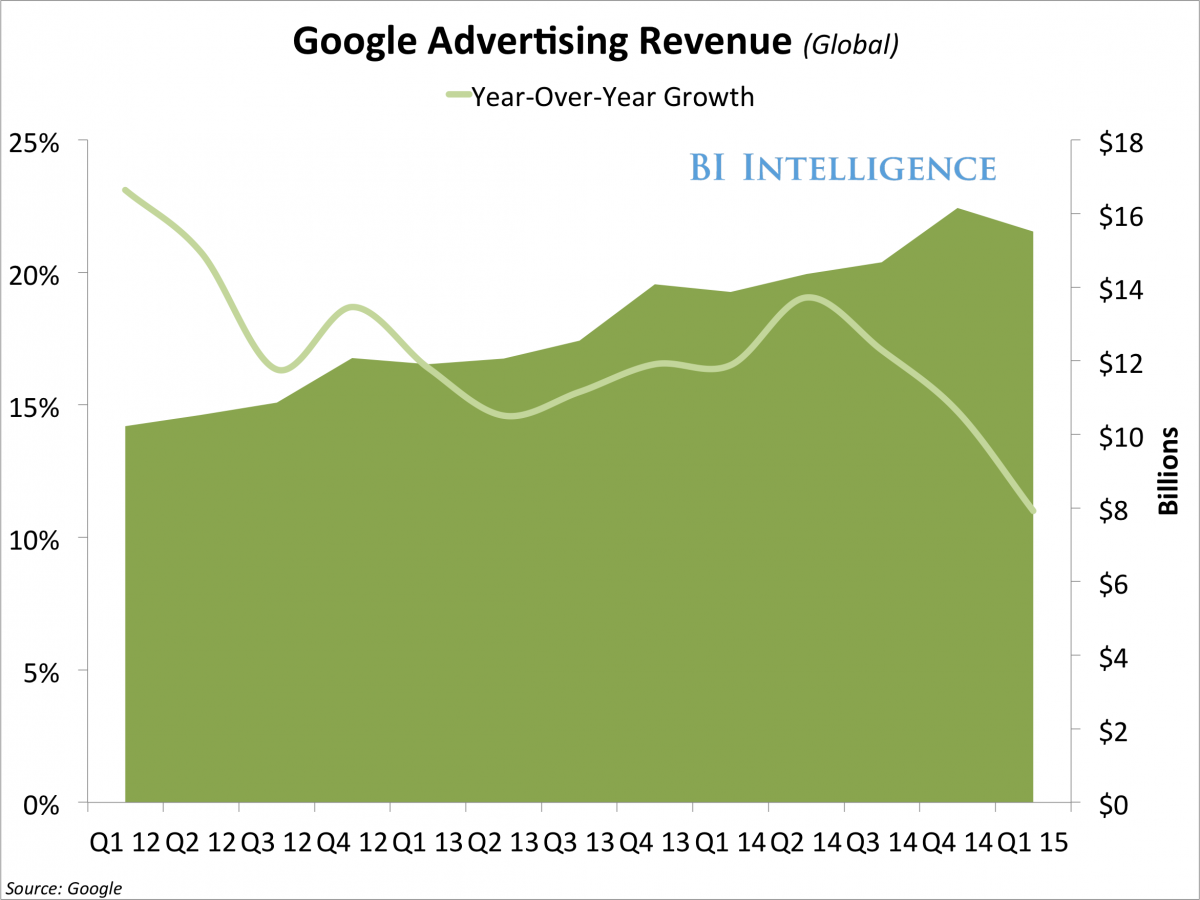 Google's core business is slowing down

Google’s total advertising revenue was $15.5 billion last quarter, up 11% from the same period of last year, it said in its earnings Thursday. The number of clicks on ads (“paid clicks”) was also up 13% year-over-year.

But it’s not all good news for Google, whose advertising revenue accounts for nearly 90% of its total sales.

According to BI Intelligence, Google’s ad sales growth has been on a steady decline over the last few years. Just 3 years ago, it was growing more than 20%, but by last year, the growth dipped to around 15%.

Google’s cost per click (CPC), or how much it can charge its ads, has also dropped by another 7% last quarter, which hints the company could possibly be having trouble with its most important business.

We will be monitoring this here in #Outsiders....