Notations From the Grid (Special Media Edition): On a Reset at @CBSNews

CBS News is going to a makeover--the team at Politico reported on it earlier this morning: 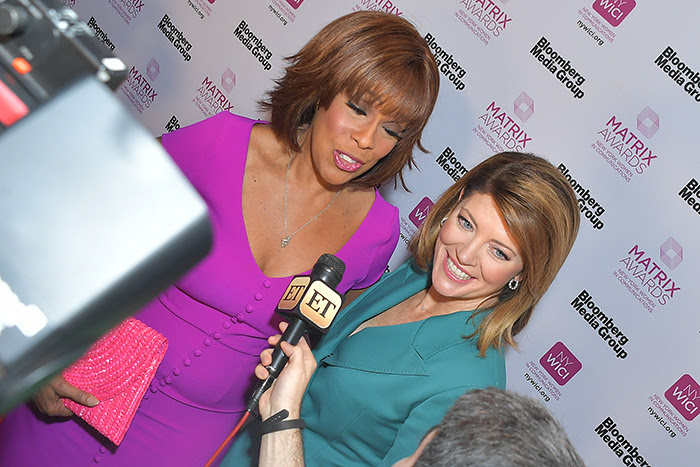 Gayle King and honoree Norah O'Donnell are interviewed before the 2019 Matrix Awards on May 06, 2019 in New York City. | Michael Loccisano/Getty Images

"WE HAVE SOME HEADLINES OF OUR OWN this morning," said "CBS This Morning" co-host Gayle King following days of headlines about changing morning and evening anchors. King announced co-host Norah O'Donnell as the next anchor of "CBS Evening News" and said co-host John Dickerson would shift to "60 Minutes" as a correspondent.
- "I think about the legacy, I think about the history of CBS News, and it's incredibly humbling to accept this position," said O'Donnell. Dickerson recalled growing up watching "60 Minutes" and said "that stopwatch ticking is in my head and has been since" being "a little kid."
- King also announced her two new co-hosts, Anthony Mason and Tony Dokoupil, and disputed a New York Post report last week that she had pushed O'Donnell out of the morning show. "We've had a lot of bad press coming from inside the building," said King, "which I think is very disturbing to me because I think most people that work here support, respect, admire each other, cheer each other on."
- CBS News president Susan Zirinsky told The Washington Post that her "mission was to reset CBS News," which includes not only personnel, but also moving the evening news from New York to Washington. Outgoing "CBS Evening News" anchor Jeff Glor addressed the changes last night on air.
- "I'd like to think we're all guided by something bigger than one moment and one broadcast," he said. "I have always wanted to do work that matters and still do. That is something that will never change."
Posted by TEST at 9:52 AM