Notations From the Grid (Special Weekly Edition): On #PressFreedom

We begin this week here in our Visions Platform with this as a sign of respect to the Australian Media on what they did to highlight censorship and the restrictive policies by the Government of Australia--something that has also been of profound concern throughout the World as well especially in light of the battles raged against the media by President Trump against the Media here in the United States--and as battles rage on including Al Jazeera English being challenged to be listed as a Foreign Agent in the United States: 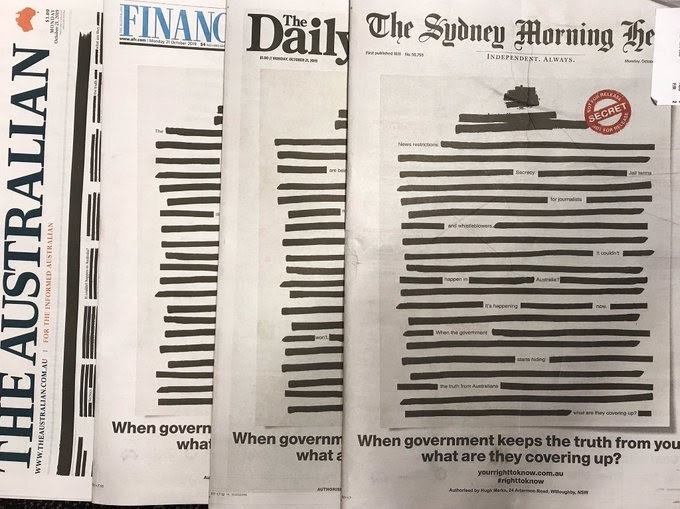