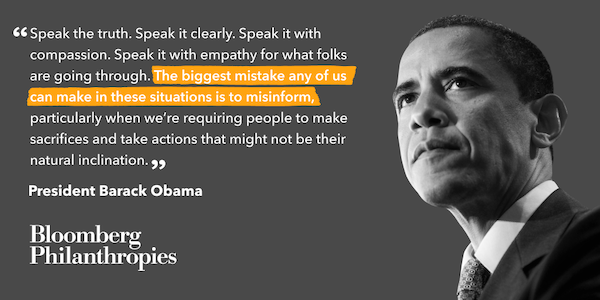 We here at the Daily Outsider joined President Obama in doing all that we can to make sure we will not misnform in anyway, shape or form.

As part of this commitment, we hereby present the following on the ravaging effects of  COVID19 as it continues to wreck havoc on our World:

We also hereby present for weekend readings courtesy of the team at Abudance Digital some insightful hopeful trends--up and including how Mother Earth continues to take a breather!!! 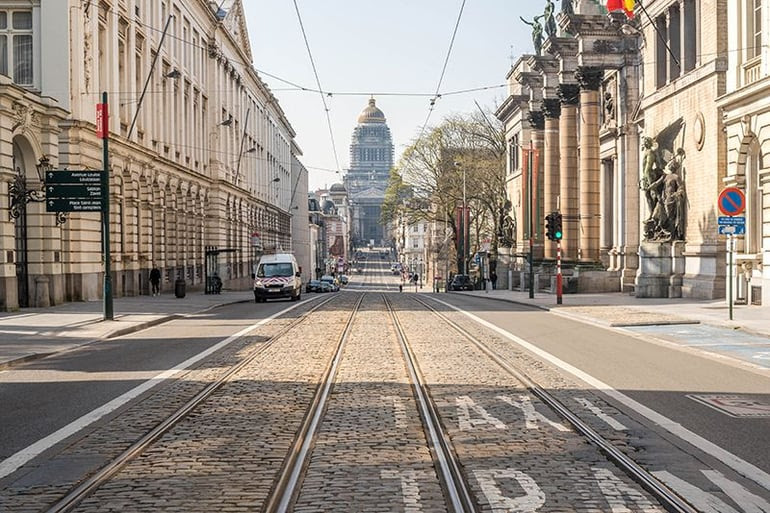 What it is: In the wake of mass lockdowns spurred by the Coronavirus pandemic, seismologists have observed the Earth quite literally vibrating less. Typically, all human activities (and primarily transportation, construction, industrial machinery) contribute to a background “hum” that can be measured by our most precise seismographs. While most seismographs are placed in remote locations for this exact reason — after all, their purpose is to measure earthquakes, not human activity — the measuring devices located closer to major cities have noticed a marked decrease in background seismic noise as a result of current lockdowns.
Why it’s important: Seismologists have a rare chance to measure extremely small quakes and other far more subtle seismic activity. While the individual effects of commercial transit and infrastructural activity are minor, they together produce sufficient background noise to reduce scientists’ ability to discern signals marked by the same frequency. According to Andy Frassetto, a seismologist at the Incorporated Research Institutions for Seismology in Washington DC, “You’ll get a signal with less noise on top, allowing you to squeeze a little more information out of those events.” Especially valuable will be the extra-precise measurements scientists can take of natural vibrations, such as ocean waves, as well as their fine-tuned ability to monitor volcanic activity.

Artificial intelligence is preserving our ability to converse with Holocaust survivors even after they die. 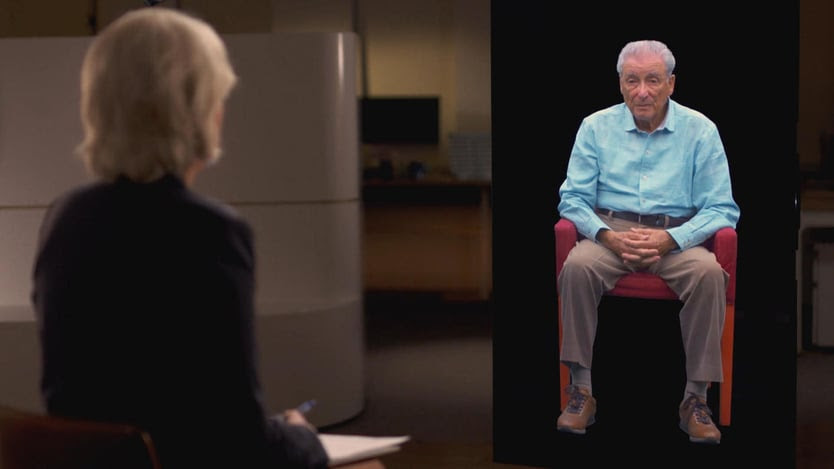 What it is: Last Sunday, 60 Minutes’ Leslie Stahl interviewed Holocaust survivor Aaron Elster, who died two years ago. Yes, you read that right. Elster was projected on an 11-foot screen and responded to Stahl’s various unscripted questions in real time, ranging from his childhood to his belief in God, with AI-selected, pre-recorded responses. Elster is one of 22 Holocaust survivors who have been recorded by the University of Southern California’s Shoah Foundation for the purposes of preserving the stories of Holocaust survivors, most of whom are in their 80s or 90s today. The initial participant, Pinchas Gutter, spent a week answering over 2,000 questions while being filmed in a lattice-like dome with 20 cameras— a setup fitted to capture every angle in preparation for the holograms of the future. AI programs interpret audience questions and determine the correct pre-recorded response to deliver. The program, led by Heather Maio, has placed Holocaust survivor projections in museums across the nation, where visitors can converse with these remarkable individuals for years to come.
Why it’s important: Preserving the memory of human lives by integrating real footage with computer programming has the power to transform historical narratives. From an educational standpoint, the novelty of this technology and the personal interaction it enables will enhance any learning experience about the past. While filmed survivors are currently only visible in the medium of 2D projections, footage from every angle could one day allow programmers to create lifelike holograms, further bringing these individuals and their stories virtually back to life. The interactive nature of asking questions and instantaneously receiving first-person responses will undoubtedly humanize our understanding of history and its key figures.

Behind the global efforts to make a privacy-first coronavirus tracking app. 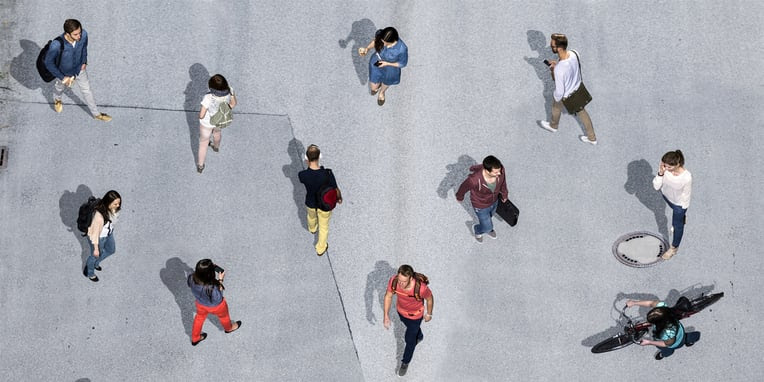 What it is: Software engineers and health experts are collaborating on a 20+ page Google Doc to halt the spread and resurgence of COVID-19. Although scattered across the globe, this unlikely distributed team of experts is working to build voluntary smartphone tracking solutions, similar to apps already present in China, Singapore, and Israel. The idea is that if enough people download the app and voluntarily consent to data collection, the software could warn users of any detected recent contact with a virulent person, alerting them to their risk of infection. As a protective measure, only healthcare officials would be granted the authority to confirm if an individual tests positive, thereby avoiding abuse of the service. As privacy remains critical, the software would employ anonymous, encrypted use of Bluetooth technology, preventing government access to user data, according to AI researcher Peter Eckersley, who coordinates a team working towards this goal. Although there is no official launch date for a U.S.-based app, developers anticipate one could be ready within two weeks.
Why it’s important: Social media giants like Pinterest and Facebook have launched programs through which people can voluntarily enter symptoms and demographic information to track the virus, but Google Doc collaboration offers an alternate decentralized approach to slowing the pandemic. Everyday citizens are now forming bootstrapped solutions at speed, highlighting the power of mass mobilization enabled by today’s proliferating connectivity and cloud-based platforms. Despite concerns of surveillance, technologists have repeatedly asserted the goal to simultaneously protect human health and safeguard privacy. As bottom-up civilian solutions rise to the surface, we will soon see how nascent technologists and developers balance the two. 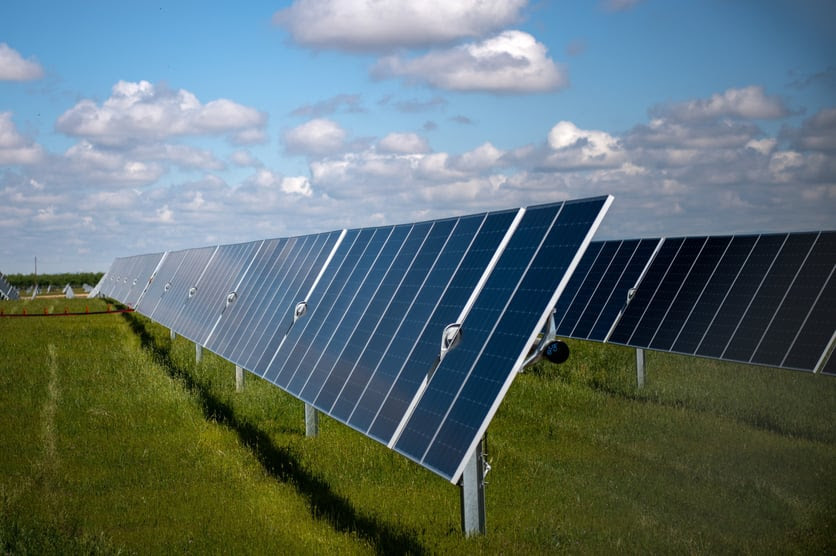 What it is: The economic impact of COVID-19 has been felt across all sectors, and especially by the oil and gas industry. While largely influenced by geopolitical tensions, oil prices have more than halved since the Coronavirus crisis began, yet wind and solar continue to add capacity. Renewables are now on track to account for almost 21 percent of U.S. electricity demands, and analysts project that the recent downturn will even help the renewables industry, as utilities opt for cheaper operating costs of solar and wind farms. As oil prices dwindle, new wind installations are only down 3 percent, partially given that such projects are built directly outside urban centers and many states have deemed construction an essential industry.
Why it’s important: The resilience of the renewable energy sector in the wake of our current crisis could signal a paradigm shift in the energy economy. “Renewables are on a growth trajectory today that I think isn’t going to be set back long term. [...] This will be a bump in the road,” stated Dan Reicher, founding executive director of the Steyer-Taylor Center for Energy Policy and Finance at Stanford University. This sentiment is echoed by Caton Fenz, chief executive of ConnectGen, a Houston-based developer of wind, solar and electricity storage. According to Fenz, “We blew through all of the projections [and are] surfing a long-term wave. [...] We just can’t get specific things done because of the pandemic, but I don’t think that affects the broader trajectory.” Indeed, solar added 13.3 Gigawatts of capacity last year alone, surpassing both wind and natural gas. As oil and gas companies struggle, the long-term surge of renewable energy sources is yet another herald of positive news in the fight against climate change, an issue gaining its own spotlight as the COVID-19 pandemic has seen a tremendous near-term reduction in GHG emissions. 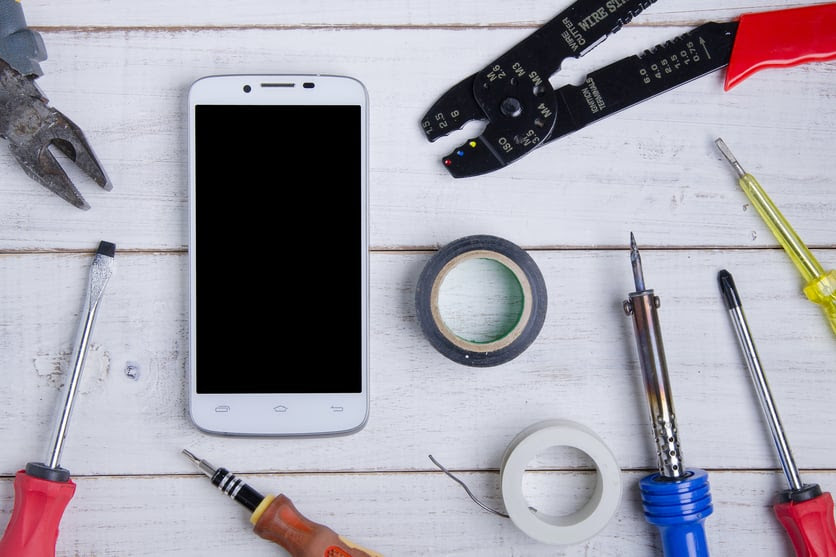 What it is: Back Market, a Paris-based startup that refurbishes and sells devices into the online secondhand market, has experienced a big boost in business due to COVID-19. As people buy laptops for remote work, the demand for refurbished devices has skyrocketed. According to CEO Thibaud Hug de Larauze, while “[the company doesn’t] release the gross merchandise volume, it’s a three-digit growth rate [...] We saw an increase in demand for laptops, printers and other devices needed for working at home.” Aiding Back Market’s revenue growth is the closure of Apple and Samsung retail stores, a trend that has nudged consumers towards refurbishing and secondhand platforms. Founded in 2014, Back Market has already raised two financing rounds, totaling 48 million Euros.
Why it’s important: Beyond supplying work-from-home (WFH) consumers in a time of crisis, the firm is playing a part in “closing the loop” for our digital device economy by reducing the accumulation and disposal of e-waste. Globally, the refurbishing market is worth US$80 billion, boasting 13% year-over-year (YoY) growth. As de Larauze has stated, “They realized that it’s not only ecological, but it’s also a good business. Two hundred (new refurbishing factories) are on-boarding.” And the push for closed-loop hardware manufacturing is largely accounted for by developed Western economies. “The U.S. and Germany are pushing the growth [...] They are the main two drivers of the boom of Back Market,” says de Larauze.

Hunt Is on for Genetic Clues to Why Coronavirus Impact Varies. 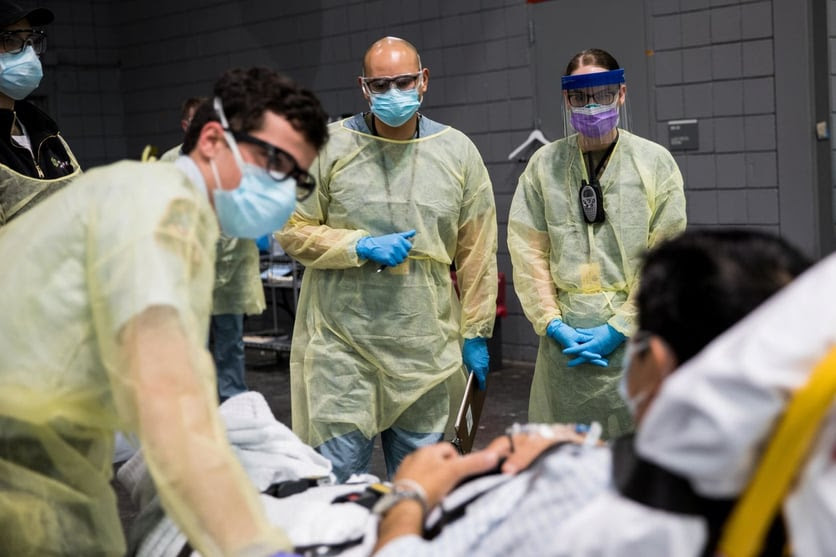 What it is: The mystery behind Covid-19’s highly variable severity across patients could be a matter of genetics, and scientists across the globe are working to solve the puzzle. DNA testing company 23andMe just launched a study to analyze the genomes of patients who test positive for Covid-19. Given that 80% of the company’s 10 million customers have already opted in to share their data for research purposes, the project will likely move quickly. At the Rockefeller University in New York, Dr. Jean-Laurent Casanova is now recruiting 1,000-2,000 previously healthy people under the age of 50 who ended up in the ICU with Covid-19. While he claims this niche makes up just 1% of severe cases, Dr. Casanova and his team hope to better understand why some patients fare worse than others. Geneticists worldwide are also pooling their research in the Covid-19 Host Genomics Initiative, aiming to determine underlying genetic predispositions and protections against the virus.
Why it’s important: In the case of Covid-19, genetic analysis will enable researchers to better understand the virus’s mechanisms and potentially design gene therapy solutions to cure patients who lack the underlying genetic protections. To meet this goal, researchers have recognized the need to collectively aggregate data and transparently share findings at lightning speed. Moving forward, this same form of distributed collaboration could drive progress across countless vexing diseases — not only to determine causes of disease, but also to develop effective treatments.
We implore all to Practice #SocialDistancing, #StayHome, in following  the CDC Guidelines as we are convinced #WeWillGetThroughThisTogether as we present the following from Yuval Noah Harriri: