Notations From the Grid (Weekly Edition): #RandomThoughts On Our World 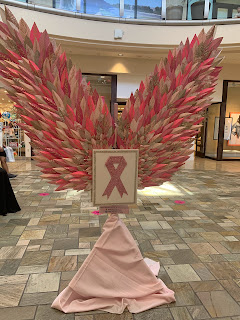 It is Breast Cancer Month.   We wanted to share this notation from the famed Verne Harnish as our World lost Steve Jobs to Cancer on how he made a difference:

I want to put a ding in the universe
Steve Jobs

Technology is nothing. What's important is that you have a faith in people, that they're basically good and smart, and if you give them tools, they'll do wonderful things with them.
Steve Jobs 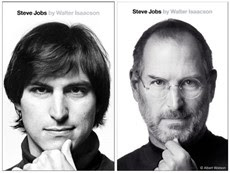 A decade ago, today, the world lost one of the greatest entrepreneurs ever! I remember hearing the news and tearing up, like I am right now as I write this sentence. Jony Ive, Apple’s iconic designer, penned a beautiful piece in the Wall Street Journal yesterday recounting his memories of Steve. Thank you to Nick Alexos for sharing the article.

Steve Made Being a Young Entrepreneur Legitimate
It’s so personal for me because it was Steve who gave legitimacy to being a young entrepreneur. It’s hard to fathom today, but back in the early 80s when I launched the Association of Collegiate Entrepreneurs (ACE), it wasn’t cool to be a young entrepreneur. Parents were like “that’s cute, but when are you going to get a real job.” Then Steve Jobs came on the scene and proved someone in their 20s could scale to $1.9 billion in revenue (not just market cap) before age 30.

Steve Jobs and Bill Gates
Both 29 when I released our ACE 100 list of the top young entrepreneurs under the age of 30 for 1985, Bill Gate’s (Microsoft) revenue came in #4 on our list at $256 million – 1/8th the revenue of what Steve had achieved at Apple by the same age. Important perspective on their lifelong love/hate relationship.

Steve the Reason for EO
And Steve was the inspiration for the Young Entrepreneurs’ Organization (YEO, now EO). I remember the day like it was yesterday. Steve was gracious to keynote our ACE conference in 1986 in Los Angeles (Bonaventure Hotel), his first public speech after being fired from Apple. Nick Alexos (mentioned above) and almost 1200 other collegiate and young entrepreneurs were there – including Michael Dell (who’s latest book published today), Mark Cuban, Neil Balter (California Closets fame), Kevin Harrington (the other original Shark Tank judge with Mark), Julie and Bill Brice (I Can’t Believe it’s Yogurt), etc. It was a magical evening.

Steve Standing in the Corner
Steve then stayed for the after party and I remember looking over and seeing him standing in the corner, alone. At that moment I recalled Joe Mancuso’s mantra “It’s OK to be independent, but no reason to be alone.” I turned to the great sunken treasure hunter, Greg Stemm (his wife Laurie also an accomplished entrepreneur) and exclaimed, “there needs to be an organization for the Steve Jobs’ of the world” and that’s the evening the idea for YEO was birthed. Greg went on to be my perpetual Vice President, signing the official documents along with me as President that legally launched the organization in 1987.

Steve’s Wilderness Years
It was Steve’s time at Pixar that taught him a different way to scale – the power/focus of having only one priority, Toy Story. So, when he returned to Apple he decided his baby would launch one new product every two years like Pixar. Pulling Apple out of most of their product lines (handhelds, scanners, printers, etc.) he launched a great computer, then the iPod/iTunes (2001), iPhone (2007), iPad (2010), and then he knew he was going to die. 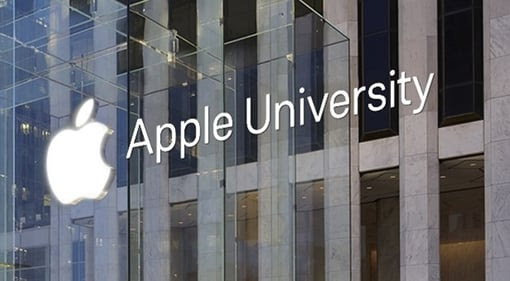 If you want to guarantee your baby will not only survive, but thrive, education has always been the ticket for the entirety of the human race. So, after he started to dwindle in 2008, he hired the dean of the Yale School of Management and launched Apple University. Unfortunately, I bet against Steve, thinking Apple would also dwindle after his passing, after reaching the pinnacle of business as the highest market cap firm two months prior to his untimely death. However, Apple, still today, holds that distinction, being the first company to surpass $2 trillion in market value ($2.31 trillion today). If the true measure of a leader is the performance of your organization when you’re not there, Steve’s legacy is clear!

Steve’s/Apple’s Greatest Business Decision of All Time
Raghoo Potini and I were at the top of a hotel in New Delhi when the news came of Steve’s passing. After raising a toast to his legacy, we started talking about what an amazing decision it was for Apple to bring Steve back as iCEO after being ousted 10 years prior – something that had never happened before in Fortune 500 history. How did it really come about, was our question? And what were some of the other greatest business decisions of all time. That night we made a list which became the basis of my second book The Greatest Business Decisions of All Time. Again, Steve was the inspiration.

Steve, Thank You
Steve’s willingness to come to LA in 1986 to share his heartbreaking and inspirational story was a pivotal moment. That act of kindness and vulnerability helped me bring together a group of entrepreneurs that evening who served as the founding board for YEO (EO) – and today, there are tens of thousands less lonely entrepreneurs. Thank you, Steve, for all you’ve given to us.

Steve’s final words.
We pay tribute to all who have valiantly fought against this horrible disease and remember all who are no longer with us.

We present the following Random Thoughts as a tribute to leadership: 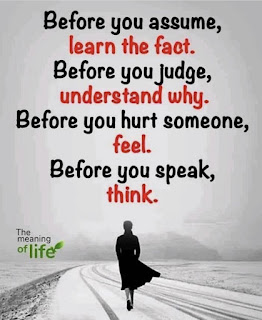 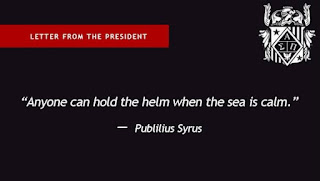 We look forward to the continued privilege to serve.