Notations On Our World: On the Transformation of Technology w/Windows 10 & #Dell

One interesting company that seems to have had a "second life" is Microsoft.    Between the new Surface Book and other innovations, it seems to be on all cylinders.

As we continue to be amazed at Microsoft's "Second Life", we also have been quite amazed at what has been done with Windows 10 and the statistics published and available through one of our daily "must reads" here at #outsiders: +Business Insider : 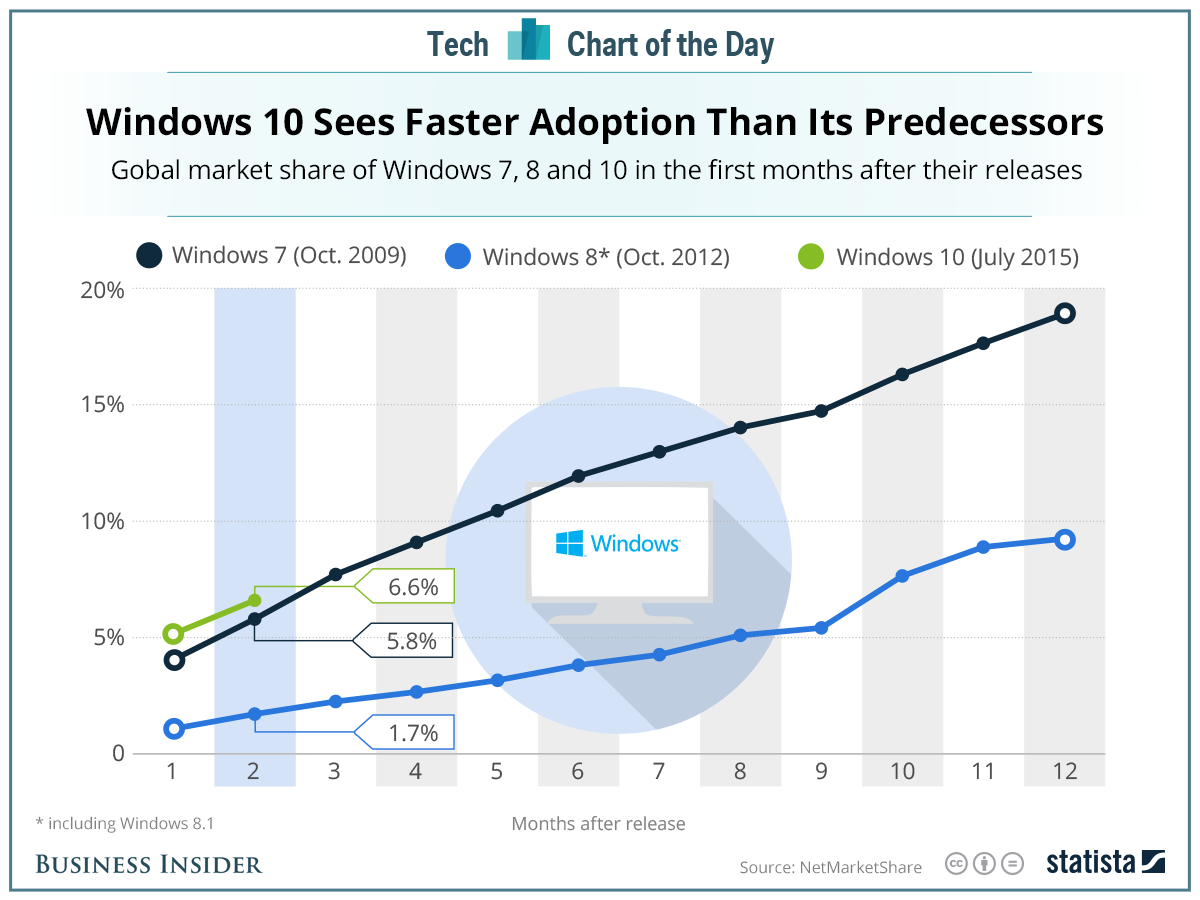 Windows 10 is the fastest-selling version of Windows in at least a decade
Microsoft needed a hit with Windows 10, and it looks like it's got one.

According to statistics from NetMarketShare, compiled here by Statista, Windows 10 is now on 6.6% of all desktop computers accessing the web. Not surprisingly, that's a lot faster adoption than Windows 8, which was poorly received.


Microsoft has seen the light as other players are also scrambling to adapt to the new realities.   Microsoft has seen the "light" on the cloud with OneDrive and its' associated services.   Others are not standing idly by either especially as Dell just pulled off the biggest deal in Tech as it agreed to buy EMC for $ 67 Billion Dollars.    The new reality is here and now.    As we went to press, Fortune's Alan Murray published this which was quite interesting to note: